On April 1, at the Dodo Board of Directors meeting, we decided to close Dodo Pizza in China. How did we reach this decision? What’s the reasoning behind it? And why now? 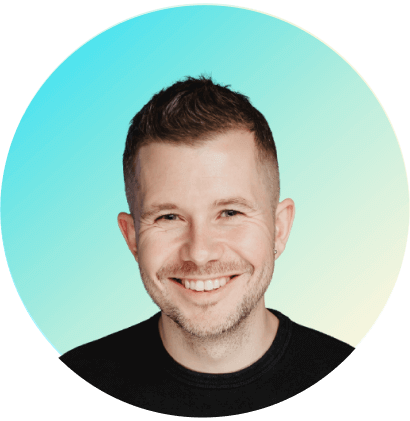 We’ve been pondering our company’s long-term strategy a lot lately. Dodo’s history is full of experiments, and now it’s time to take it all in from a bird’s-eye view and think about what a global future looks like for both our product and the company itself.

What does this approach give us? We’ve realized that in China we’ve deviated too much from Dodo Pizza’s global business model. In fact, Dodo Pizza China has already transformed into an independent startup, and the only elements connecting it to our global business concept are its team and our culture. That’s not enough to achieve stability in China’s highly competitive market. And we need a strong synergy between all our projects around the world.

Initially, our new pizza shop concept in Hangzhou was similar to the model we were developing in other countries (QSR pizza delivery). This didn’t work out, so we began to improve our model. We expanded our menu, introduced products that were completely new to us, and revamped our service and production model. Now, looking from a bird’s-eye view, it has become clear that even if this original Chinese concept succeeds, in the end, we’ll have an entirely different Dodo Pizza.

Effectively, we would have to develop two different Dodo Pizza models — one for China, and  another for the rest of the world. Dodo Pizza China would then effectively become a separate concept, related to the rest of Dodo only by virtue of its name and, to a lesser extent, by our Dodo IS digital platform.

Essentially, that would make it the fourth Dodo Brands concept. But, unlike Drinkit and Doner 42, we would have to develop its core not in our home market where we understand our customers and have resources and other advantages — but in China, a completely foreign business and cultural environment.

What about Dodo Pizza in the UK? you might ask — after all, we launched a new concept there as well. But in Britain, we didn’t need to alter our model so drastically. We’ve extensively ‘customized‘ our business model, yes, but its core hasn’t changed. There, we’re still a pizza delivery service. And besides, in the UK, as in Russia and many other countries, pizza is a top-of-mind product, especially when it comes to delivery. In China, that’s not the case. As a result, this called for a lot of changes in the business model as well as in the product itself.

There were two ’seasons‘ in our China series. In 2015, we came to China with the original Dodo Pizza business model: franchising. Entrepreneurs from China contacted us, ready to launch franchised pizza shops in Yantai, Shandong, and Hangzhou, Zhejiang. So in 2016, we launched our first Chinese pizza shops which were essentially the same as our Russian outlets.

On the ground, our traditional model worked poorly in China. Of course, one or two pizza shops without a strong brand don’t prove anything. It’s a mass market that we’re working in — you have to launch a large chain to get results. But the statistics and experience we’d accumulated let us assess our model’s potential. In China, the whole delivery market is controlled by aggregators. And we realized that to be visible and to be able to build our brand we needed to open shops in locations with high footfall.

That was the beginning of Dodo Pizza China’s second developmental stage. In 2018, in light of our insights, we decided to relaunch our concept in China. We created a new ‘pizza shop of the future’ concept — a small store located in an area with high footfall, boasting a small and efficient kitchen, and offering a new type of ‘Roman’ dough that would allow us to bake pizzas quicker and save space in the shop. The WeChat app would increase efficiency even further, as there’d be no need for cashiers. Despite these adaptations, we never gave up our core concept. All changes notwithstanding, it was still just ’customization.’ We were still a pizza QSR — in our pizza shop we sold pizzas in boxes, expected a large share of to-go orders, and had a single-product menu comprising 80% pizza products.

In spring 2019, we launched our ‘pizza shop of the future.’ Our hypothesis didn’t play out. We didn’t get the necessary number of returning customers, and that was our key metric all along. Of course, we didn’t expect to succeed immediately. So we didn’t give up — we began to improve and develop our product further and continue to refine our model.

By this point we’d started to receive data, feedback from our guests, and comments. We built a strong team, a whole system for launching and testing our hypotheses, and an analytics solution. We made a lot of improvements — we developed our menu and app, adapted our product marketing and brand to the local market, learned and tried out new formats, introduced new teas, and changed the service system. But whatever we tried, nothing brought us any closer to a significant breakthrough. Again, we never expected a single pizza shop in Hangzhou to skyrocket but the returning guests metric was always extremely important to us as it should have proved our concept and our product’s potential.

We continued exploring. We started delivering to the tables (which is to say, we employed waiters), we introduced plates and utensils, pasta, and a deep-fry menu; we began to develop a salad line and were planning to open our third pizza shop in an ‘affordable pizzeria with waiters’ format, making practically the same pivot Pizza Hut made when it came to China. For those of you who don’t know, Pizza Hut in China is a chain of big casual dining restaurants with an extensive menu that even includes burgers and steaks. But when testing our hypotheses, we got carried away, venturing too far from the model we are building all around the world. While identifying our long-term strategy for Dodo Brands, this is something that became clear to us.

Why is it important to us to have one single model for Dodo Pizza everywhere? We succeeded in Russia and its neighboring countries, but the world, and business, are very competitive. Success today does not guarantee us success tomorrow. We’re in for fierce competition with the most powerful companies in the world. We must clearly understand our advantages, and we must manage our resources and focus wisely. We will achieve synergy provided that all over the world we develop a product concept with the same binding elements under the hood — the same management system, product, and technologies. It’s a strategic advantage. In the meantime, we realize that every market may need some ’customization’ on our part.

However, it’s presumptuous to think that we will be able to develop a new concept for China and compete with Chinese companies in their home market without some strong global know-how that we’ve gleaned from our experience in other countries. Apple, a global corporation, sells the same iPhone in China as it does in the US, and Toyota doesn’t produce some specific car for China — no, it still sells the same Toyotas there. Of course, all global companies adapt to a particular market and change their marketing and distribution according to the circumstances; but they don’t alter their core concept. We should be aware of the line between customization and core changes. In China, we began to change our core concept too much.

Dodo Brands is still young, and it’s not a very big company yet. We finance our ventures from our profits. We don’t have big money behind us. And there are not that many of us. Focus is extremely important to us. At the moment, we have four startups. Closing our China project will free up attention, people, and money for other areas where our resources and efforts can bring more results. We really need to focus. Closing our China project will allow us to implement our Plan 333 more efficiently because we will redirect those freed resources to other lines of effort (our tech platform, new concepts, the UK, and international franchising).

We have to accept that, despite the effort and resources we’ve invested in the project, our efficiency ratio in China is lower than in other startups. And that’s taking into account that of all our startups, Dodo Pizza China was financed the most generously. Today, China burns through more than $100K a month. And that is not to say that we did something badly or inefficiently. On the contrary, we worked hard, even super-hard. All the way, our team has been performing miracles — and sometimes they acted like true heroes. But this simply reflects the peculiarity of the Chinese market.

First of all, China is a very complex and competitive market, and building and developing something there calls for serious investment. This is, perhaps, one of the most developed and competitive foodservice markets in the world. Secondly, China remains tricky for us Western citizens, ‘laowais,’ every step of the way. China is an entirely different and self-sufficient civilization. Most people there do not speak even basic English. Every action demands more time and energy from us. And this is not just a matter of language either, though the language barrier is a significant limitation in itself. China also has another culture, tradition, and mentality. Different Internet. Different advertising. Different ecosystems.

It’s a real challenge to find a space to rent or to build a pizza shop there. Suppliers, staff members, and laws — everything is different. It’s super-cool that we’ve managed to cope with all that. It undoubtedly demonstrates the strength, persistence, creativity, and entrepreneurial spirit of our team, employees, and company in general.

Were we aware of all these difficulties when we decided to launch our pizza shop in China and implement our new concept there? Of course we were. But we always were and always will be the proponents of exploration, of trying things out and learning. Without such an attitude our company would not exist. Personally, I don’t regret anything, though we’ve spent a lot on the development of Dodo Pizza China (about $2.5 million worth of investments). Everything is for the best. This is our experience. This is our progress and growth. This experience will make us wiser and stronger.

Without China, we wouldn’t have had a successful Dodo Pizza relaunch in the UK where we used the concept created in Hangzhou.

We’re not planning to maintain our business in China in any way, to sell it to our Chinese partners, or to work on franchising. We’re leaving China altogether. In the near future, we will close our pizza shops and liquidate our company there.

You’ve undoubtedly got a question. Will there be a third season?

Of course, there will. One day we’ll be back.