All as alive as ever

Coders & Cooks Ltd. We might've chosen this name — instead of Dodo Brands. After all, we're a team of software developers and foodservice professionals who joined forces to reimagine the time-tested (but somewhat old-fashioned) franchising business.

Fyodor Ovchinnikov, the founder of Dodo Brands, received Ernst & Young’s 2018 “Entrepreneur of the Year Award” in the “restaurant business” category.

In 2019, our main brand, Dodo Pizza, received the GRLC Distinction Award for Innovation at the Global Restaurant Leadership Conference in Singapore.

“Dodo has developed into one of the industry’s first truly digital-first concepts, with technology figuring into all aspects of operations”

Dodo Pizza has also been featured by Bloomberg, Microsoft, and Der Spiegel.

Specialty coffee with subscription and painless customization in the app — a chain of digital-first coffee shops for the modern city. First unit launched in Moscow in August 2020.

The doner kebab you can trust: fresh and safe. A beloved product reimagined for everyone. First unit to be launched in 2020. 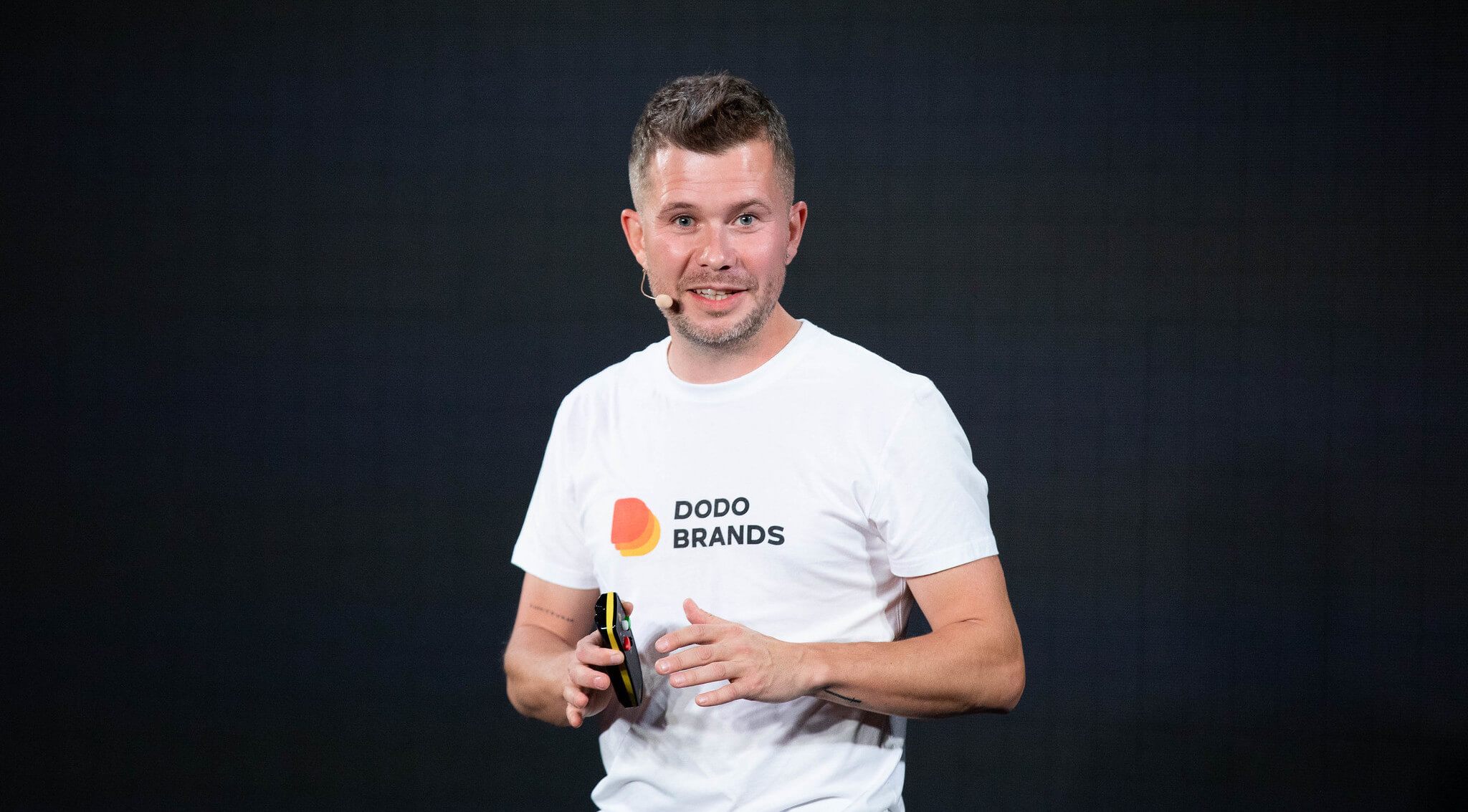 Archeologist by trade, pure entrepreneur at heart. Fyodor grew up in Syktyvkar, Russia where in 2006 he launched his first business, a chain of bookstores (failed), followed by Dodo Pizza, a digital-first pizza brand, in 2011 (failed not). PMQ Pizza Magazine later named him “the Steve Jobs of pizza.”

A graduate of the Higher School of Economics, Kirill Vyrypaev joined Merrill Lynch in 2010 and in six years navigated a career path from intern to associate before assuming the position of CFO at Dodo Pizza in 2016. Contrary to the notion that financiers are too risk–averse to build new businesses, two years later he was heading up Dodo’s European startups.

For five years, Alexander Andronov worked as an application developer for Intel in its Nizhniy Novgorod office. In 2013, along with a team of fellow Intel coders, he launched SmartStepGroup — a firm that developed complex enterprise IT solutions. In 2017, all of its 11 team members joined Dodo. Two years later, Alexander became the head of the group’s vast IT department.

Want to meet the rest of the crew? More bios coming soon

Show me your tech stack

I won’t — boring! But I’ll tell you this: Dodo IS, our proprietary tech platform, covers almostevery part of the foodservice business— from powering the mobile apps, websites, and contact centers, to providing tools for kitchen workflow management and sales analytics.

Dive deeper: Dodo IS: one IT system to rule them all

Dodo Brands is different from any other franchise group in how it treats its customers and partners. Total transparency is the brand’s foundation.

Most units in the group boast an open kitchen, and most kitchens in the chain are equipped with webcams (where local laws permit). The managing company broadcasts its weekly meetings on YouTube. It also publishes audited consolidated reports and monthly trading updates.

Dodo’s CEO, Fyodor Ovchinnikov, constantly covers the latest company news and business insights on social media (you should follow — he’s quite a blogger).

Learn the benefits of total openness: Radical transparency: the essence of Dodo Pizza

Where we come from